Four members of the Currituck County Board of Commissioners who were reelected in the General Election were administered the Oath of Office for their new term on Monday, December 7.  Commissioners Paul Beaumont, Mary Etheridge, Selena Jarvis, and Bob White were sworn in by Ray Matusko, Clerk of Superior Court, to begin a four-term.

These four members join fellow Commissioners Owen Etheridge, Kevin McCord, and Mike Payment, who were not up for reelection this year, to comprise Currituck County’s seven-member governing body.

During the meeting, the Board also elected new officers for the coming year. Mike Payment was chosen to serve as Chairman and Paul Beaumont was selected as Vice-Chairman. 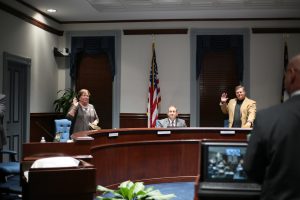 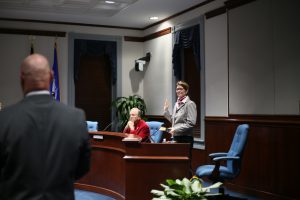