During its July 19, 2021 meeting, the Currituck County Board of Commissioners included two special ceremonies to recognize public safety employees for recent successes.

First, the Board joined Currituck County Sheriff Matt Beickert to announce that Deputy William Daniel Davis and Deputy Joseph David Rein achieved the Advanced Certificate from the North Carolina Sheriff’s Education and Training Standards Commission. In presenting each with his certificate, Sheriff Beickert noted that this is a significant professional achievement for a law enforcement officer.

The Board then recognized Deputy Caleb Edwards and Keith Storf, a Corolla Firefighter/EMT who also volunteers with the Crawford Volunteer Fire Department, for their efforts in rescuing two citizens from a structure fire in the early morning hours of April 11, 2021.  A home in Moyock was fully-involved in flames when Edwards and Storf each arrived as the first responders on scene. Edwards and Storf entered the burning structure to help two residents outside to safety and provided care until paramedics arrived.  This was an outstanding display of service as these men prevented possible fatalities from occurring during the fire.

Officials from the Crawford Volunteer Fire Department also attended the meeting to recognize these men for their efforts. They presented Life Saving Awards to Edwards and Storf, as well as a neighbor, Mr. Johnson, who assisted in alerting the first responders and helping during the rescue.

Photos from the two ceremonies: 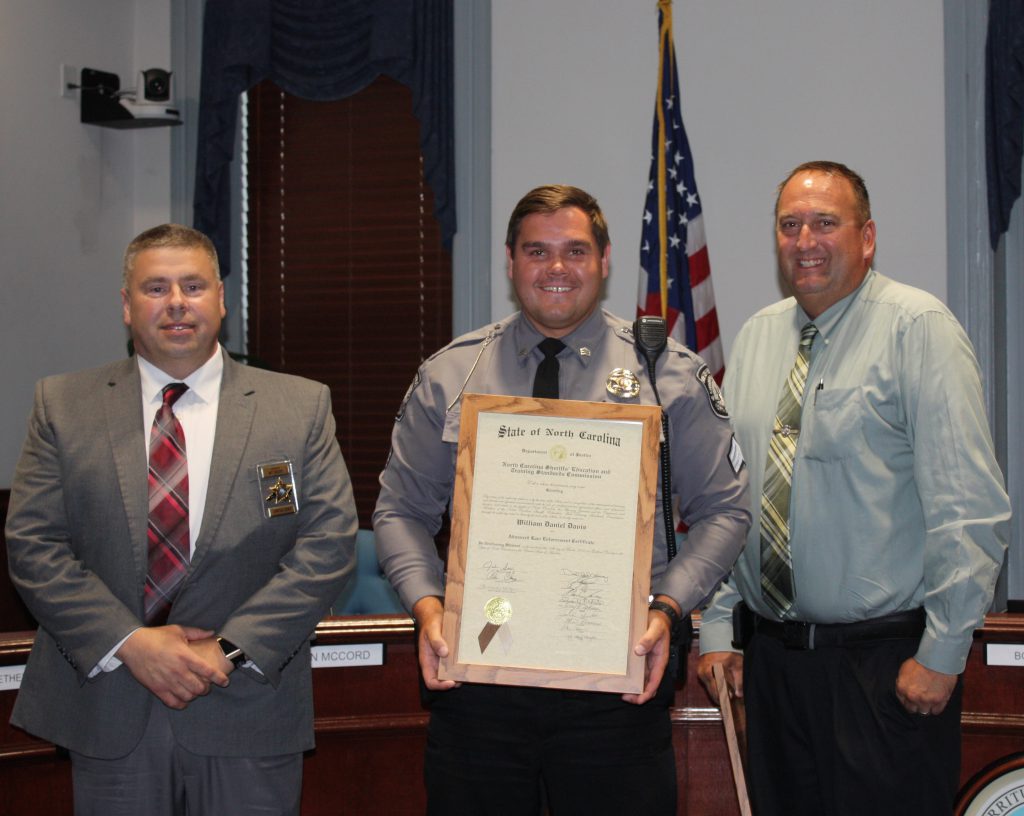 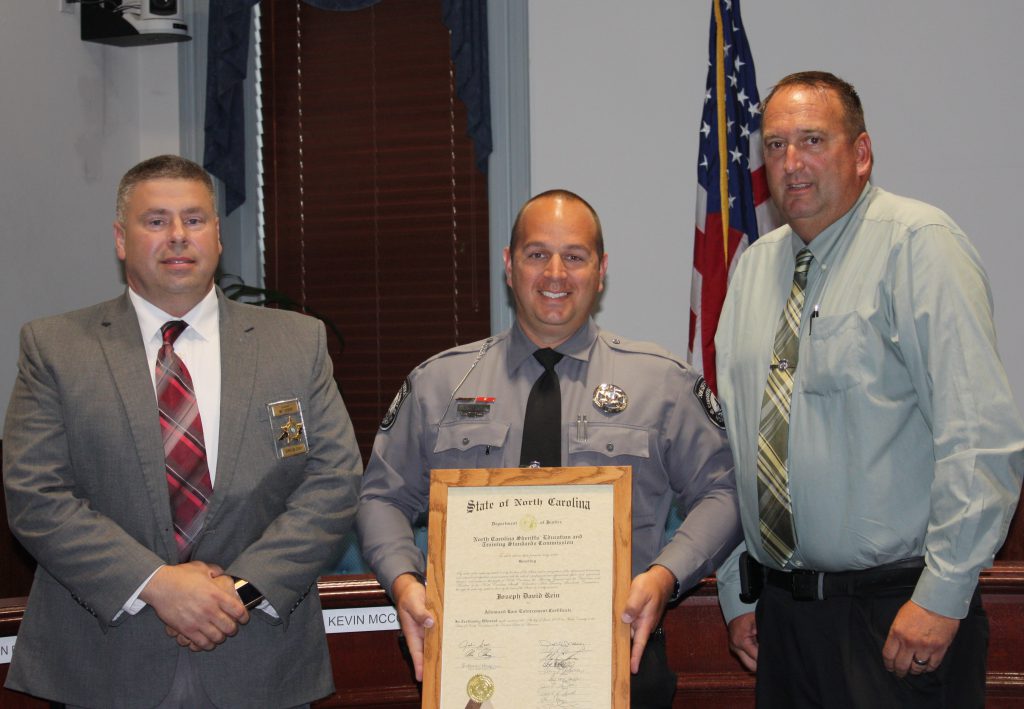 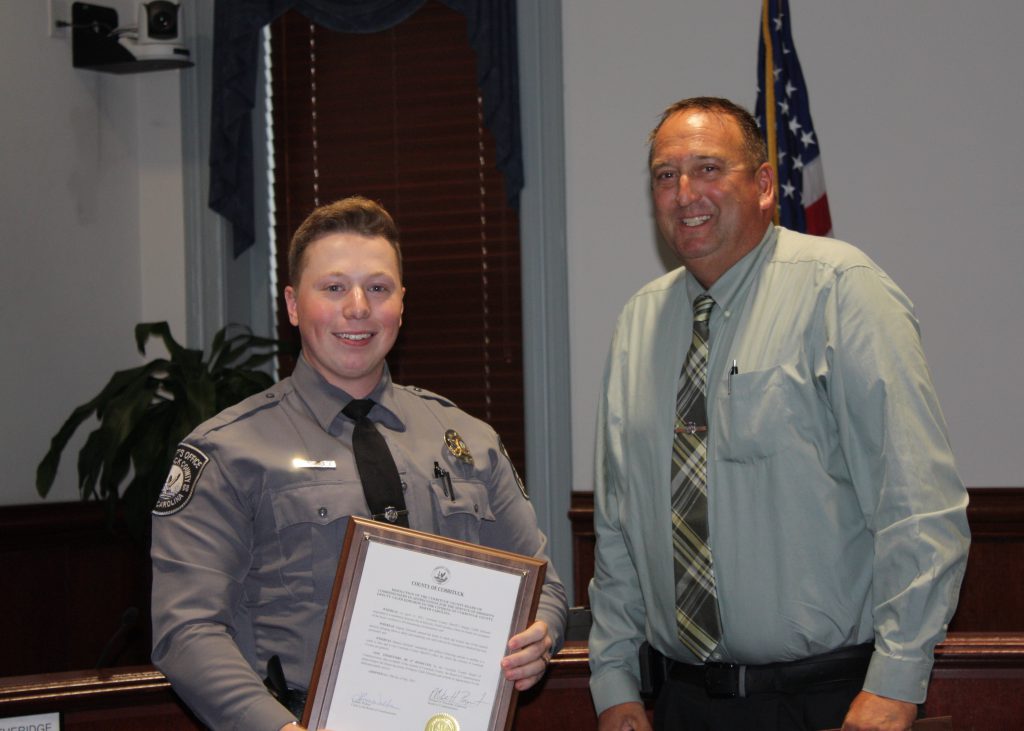 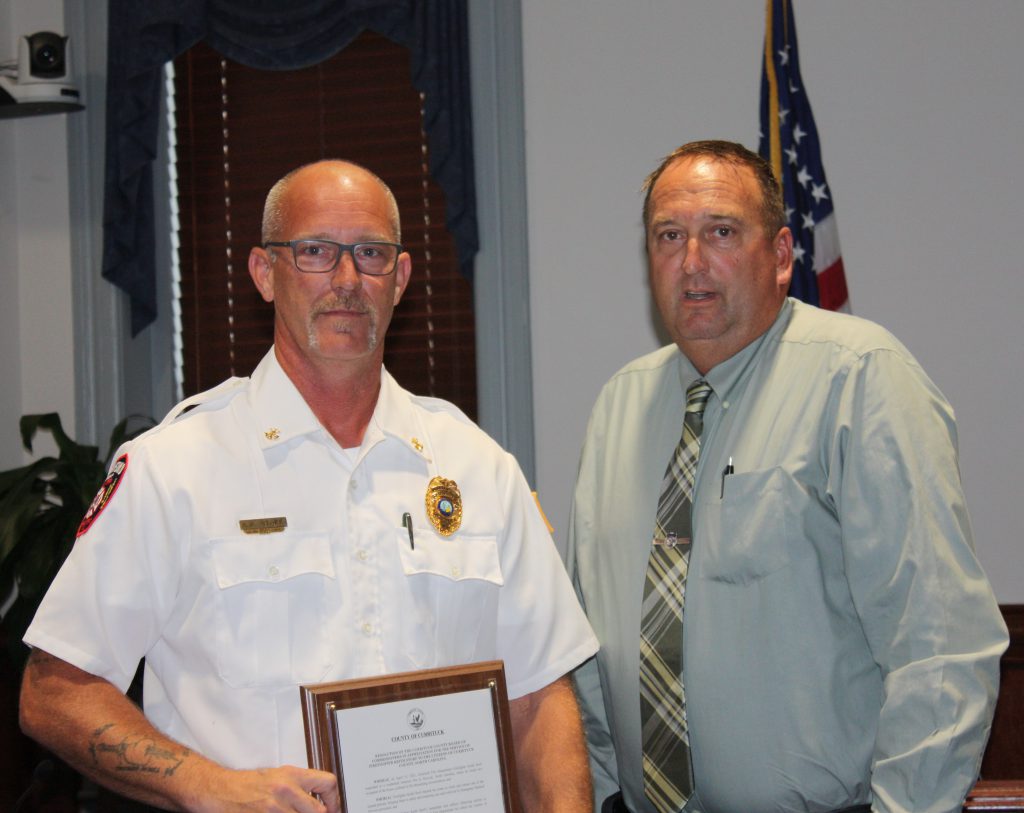 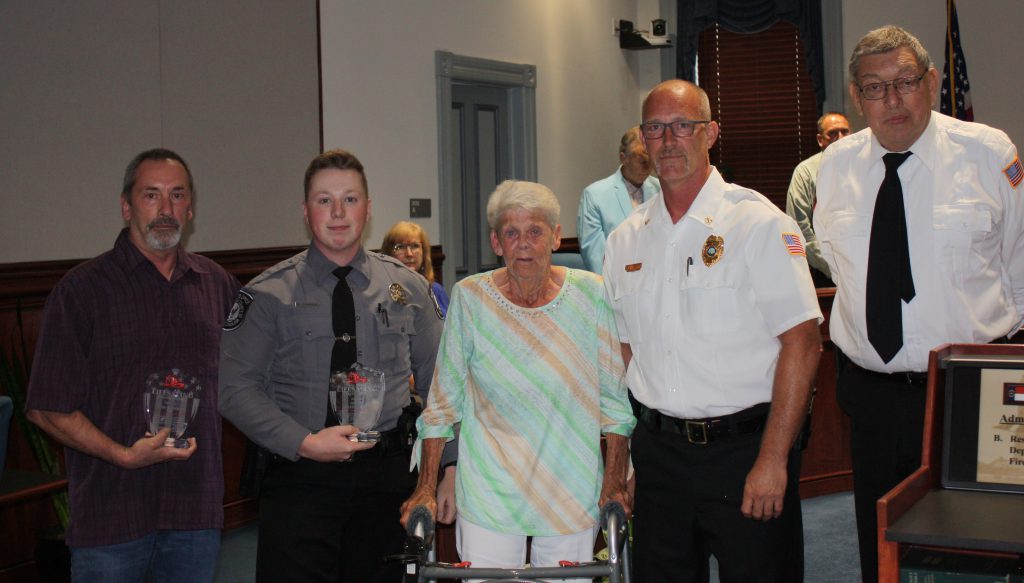